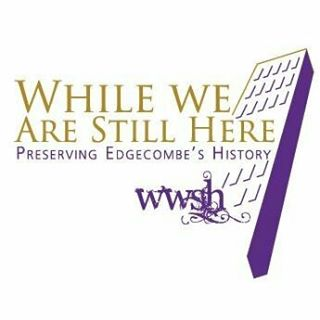 Home
About
Get There
Tickets

By While We Are Still Here (other events)

A fundraiser for While We Are Still Here: DESSERT WITH CANDACY TAYLOR

Author of Overground Railroad: The Green Book and the Roots of Black Travel In America

An autographed book and wonderful treat will be delivered right to your mailbox!

Candacy Taylor is an award-winning author, photographer, and cultural documentarian working on a multidisciplinary project based on the Green Book. In addition to writing the definitive history of Black road travel in the U.S., she is also the curator and content specialist for the touring exhibition by the Smithsonian Institution Traveling Exhibition Service (SITES).

Taylor was a fellow at the Hutchins Center at Harvard University under the direction of Dr. Henry Louis Gates, Jr. and her projects have been commissioned and funded by numerous organizations including the Library of Congress, National Geographic, the American Council of Learned Societies, the National Endowment for the Humanities, the National Park Service, and the Schomburg Center for Research in Black Culture.

Taylor’s work has been featured in more than fifty media outlets including The Atlantic, “CBS Sunday Morning,” the Guardian UK, the Los Angeles Times, the New York Times, the New Yorker, Newsweek, “PBS Newshour,” and the Wall St. Journal.

She lives in Harlem, New York.

Calvin Alexander Ramsey launched his writing career at age 51, as a playwright. Not only have his works received critical acclaim, they have sparked important debate. His first work, The Green Book, a two-act play about the difficulties African Americans faced while traveling during the Jim Crow era was based on his research on The Negro Motorist Green Book, a manual directing Blacks to “safe” restaurants, hotels, and gas stations. The play had its world premiere at Atlanta’s Theatrical Outfit.

Additionally, Ramsey has written children’s books and titles about historical luminaries that include Canada Lee and Ada “Bricktop” Smith.

While We Are Still Here

other events by this organization